Although the context of Justice Kirby's address was the existence of "Legal Black Holes" his caution applies equally well to violation of constitutional rights by governments legislating on the basis of UN Agenda 21 Dictate.

"The protection of our liberties does not ultimately depend on parliments or even courts. It depends on the love of the people for their liberties." 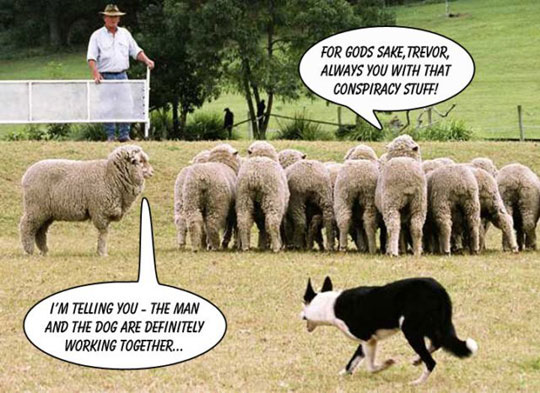 High Court judge Michael Kirby has made an impassioned plea for Australians to be vigilant about their constitutional rights - rights he said were denied prisoners held by US authorities at Cuba's Guantanamo Bay.

In a speech championing the rule of law as the equal right of all citizens, Justice Kirby quoted an Israeli judicial colleague's description of Guantanamo Bay as a legal "black hole" and said such a situation could not arise in Australia.

But he refused to be drawn on the fate of two Australians being held there indefinitely without charge or legal representation, saying that was a political matter.

"All I'd . . . say is that the issue of Guantanamo Bay could not happen in Australia. There can be no black holes," he told the Rotary Club in Canberra.

Australians David Hicks and Mamdouh Habib are among more than 600 prisoners being held in legal limbo by US authorities as alleged "enemy combatants" captured in the war against terror.

This was a vital legal protection, yet Justice Kirby expected only one Australian in 100 knew they were entitled to it.

"Keep your eye on the constitution . . . because these are great protections," he said. "The protection of our liberties does not ultimately depend on parliaments or even courts. It depends on the love of the people for liberty."

He said it was not his job to explain or criticise the US constitution, but said the founders of the Australian constitution had inserted the "escalator" section because they saw a gap in the US constitution. Prisoners at Guantanamo fell outside any legal jurisdiction, which meant the US Government could do things that could not be scrutinised by the courts.

A spokeswoman for Attorney-General Daryl Williams said the US was holding the two Australians for security, intelligence and law enforcement purposes.

"Australian officials have visited Guantanamo Bay on several occasions to continue investigations into Mr Hicks' and Mr Habib's activities and have noted that both men were in good health and being treated humanely," the spokeswoman said.

Justice Kirby admitted the High Court had made mistakes in the past 100 years but maintained that most of its decisions had been right.

He cited a 1950s ruling that effectively overturned a Menzies government act banning membership of the Communist Party as an exemplary decision protecting Australians' constitutional rights.

Justice Kirby said the prospect of a bill of rights for Australia was worth considering.

"I think we'll hear a lot about this debate in the future," he said.