When the German physician Dr Samuel Hahnemann published his Organon of the Medical Art (1810), he established a new system of Western medicine.

A Homoeopathic medicine can be any substance.  It can be a herb like sage (as a leaf or as a potency), it could be a food - like oat, it could be an element, mineral compound, flower, animal tissue, bacteria, a ray like lunar ray, a force like magnetism or a radiation.

What makes the preparation Homoeopathic is not the degree of its substance or its energy, but the way it is prescribed.  It must be prescribed so that the properties of the potency (its provings) fit the health state of the person in a similar way.

Once while shopping in Chinatown I identified some leaves.  It was labelled in Chinese, the only English was 'for throbbing headache'.  I looked at the leaf.  I said to myself that is Belladonna.  So I asked the Herbalist: “what is the name of that leaf?”  He didn't tell me.  Belladonna is a restricted substance.  He just said “This is a traditional Chinese medicine for throbbing headache. Very old medicine. Face very red.  Head – Boom, Boom, Boom.”  And he did a great take on the headache for arterial congestion.  “This is Belladonna”, I told him.  NO.  He said “Very old Chinese medicine.”

The provings of Belladonna will give exactly this kind of headache, so it is Homoeopathic to someone who is in that state of a headache from arterial congestion.

The potency is more than just the energetic form of a substance, it is has its particular qualitative dimension that allows it to be prescribed Homoeopathically.

As a system of medicine, Homoeopathy is now used worldwide and is recognized by many nations.

In India, homoeopathic hospitals and clinics were integrated into the primary health care system by Mahatma Gandhi when that nation achieved its independence.
"Homeopathy cures a larger percentage of cases than any other method of treatment and is beyond doubt safer and more economical & most complete medical science"
- Mahatma Gandhi

Historically, some of the most famous Homoeopathic hospitals were in the United Kingdom.

These organisations distinguished themselves for effective medicine in many epidemics.

The Centre for Australian Homoeopathic History

This website is dedicated to the history of homoeopathy in Australia. It is an invaluable resource for teachers, researchers, students and genealogiests which wish to know about the signifcant contribution to medicine made by homeopathy in Australia's early history.
Http://www.historyofhomeopathy.com.au/index.php.

When India attained Independence, Mahatma Gandhi made homoeopathy a cornerstone of primary health care in India. The homoeopathic hospitals and clinics of India have had excellent results as a drug free alternative to the treatment of disease.
Http://hpathy.com/homeopathy=around-the-world/history-of-homeopathy-in-India .

When vaccinations were introduced by way of injection of a pathogen into blood, the Homoeopathic hospitals and clinics of Europe pioneered the use of homoeopathic preventative measures (called Homoeoprophylaxis) by using the same pathogens in energetic forms.  These protocols are still in use today in many parts of the world as preventative measures – most recently in Cuba against the annual leptospirosis epidemic.
http://www.naturalnews.tv/v.asp?v=61C0884F69B56C3C70D20A52E526B6B2.

Briefly, the Homoeopathic system of prescription is based upon the similar prescription.  This is called the Law of Similars.  To illustrate from actual case histories:

A teenage male aged 14 years is anxious, churned up and angry over his parent's divorce and the custody battle.  He feels betrayed and he is enraged that he is being used by both his parents as a means of 'getting even' with each other.  He can not sleep.  However, when he plugs himself into his ipod and listens to heavy metal sonic R & D music, he can drift off to sleep in about 10 – 15 minutes.  And as long as he is plugged into that frequency he can sleep through the night.

The sonic R & D is absolutely Homoeopathic to him because the music is charged with all the emotional energies that he is experiencing.  When the music is applied to the teenager's high nervous tension, rage, frustration and pent-up aggression, the two similar energies meet like fire and fire and they cancel each other out.

It was useless to try and medicate him with pharmaceuticals or relaxation music.  The sleepless teen had made an excellent homoeopathic prescription for his insomnia.  The only reason why I was consulted was because his remedy had the unfortunate side effect of  impairing his hearing.

A nanny goat had been tethered for several months at a small alotment while the owners were away.  The animal had been fed table scraps and not permitted much exercise.  When her owners reclaimed her and took her home, it was discovered that she could only hobble around.  The Vet diagnosed high uric acid and gout.  I could not get out to this property for  a few weeks, so I said to the owners: “Just let the animal have free pasture.  If you have a paddock with a stinging nettle patch, just turn her loose there.”

Needless to say, within the week my services were no longer needed.  The goat had promptly taken herself off to the nettle patch and had solved her uric acid problem in short order.

Stinging nettle (formic acid) will produce uric acid in the system.  Therefore, it is Homoeopathic to an animal with gout and elevated uric acid.

A month later, the goat that was hobbling around after her ordeal was looking a very well goat indeed.  Her poor and scabby coat was in wonderful condition and she was giving a good supply of milk. 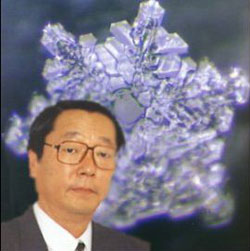 Masuro Emoto – with the water crystal of gratitude

The preparation of the Homoeopathic potency is a laboratory process.  From a given substance, the remedy is prepared by a process of dilution with water and succussion which is a process of striking the preparation down and thus energizing it.

Water has the property of memory.  It can receive, hold and transmit the qualities of a substance that is diluted within it as a crystal or energetic imprint. 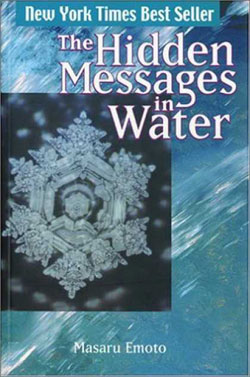 In the Homeopathic process, dilution and ultradilution with distilled water is used with succussion to energize the original substance according to a graduated level - thus making the preparation more and more energetic.

For example, the plant aconite napellus (monkshood) is a very toxic plant.  The sustance itself is fatal to both human and animal.  As a Homoeopathic potency, it is prepared in ultradilution and succussion. And it addresses the Hypothalamic Pituitary Axis of the organism that is collapsing in fear of impending death.  It reboots the HPA Axis.

Thus, Homoeopathically, aconite in higher potencies is used with wonderful benefit for animals who are fearful and anxious of the Vet.  They pick up the smell of chemicals of other animals that have been euthanaased and they freak out.  Aconite is Homoeopathic to that fear and sedates them.

The process of dilution and succussion allows the preparation of a substance which in its crude state would be quite harmful or even fatal.

To take any substance or radiation, 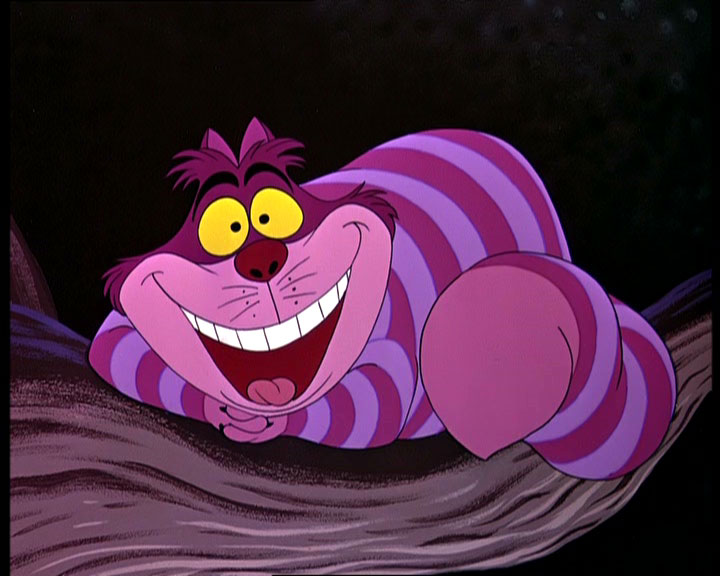 whether Alice is in Godstow or Wonderland, whether she takes the Blue Pill or the Red Pill, it is possible to encounter the grin without a cat. 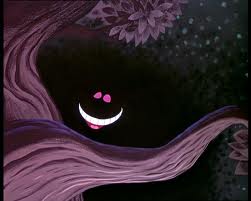 Through a series of dilutions and succussions, the energy can be extracted from a given substance and the qualitative expression of it's properties can be expressed. This latter (succussion) is the process of striking down the preparation of each dilution. 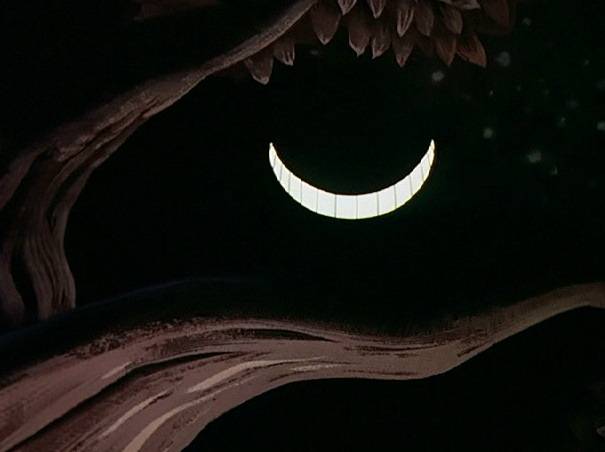 called a homoeopathic potency. And it will carry a notation of energy, for example 200 C. This means it was diluted and succussed 200 times.

You have the energy of the substance and it works upon the body energetically - through the Meridian channels of the Bioenergy or Life Force or Ch'i or Thymus Energy - by many names.

Homoeopathy works with preoccupied mental energies and it works with the physical expressions of  an energy that is a disease.

How Does Homoeopathy Differ from Conventional Medicine?

What Conditions Can Homoeopathy Treat?

What Type of Medicine Will Be Given?

Can Homoeopathic Medicines Be Taken With Conventional Medicines?

How to Take Homoeopathic Medicines?

Are Homoeopaths Opposed to Vaccination?
www.homeopathyoz.org/WhatIsHomoeopathy.html.

For information on homoeoprophylaxis (or preventative measures against disease)
see the website of Dr Isaac Golden
www.homstudy.net.

Homoeopathy continues to advance in research, education.  Here are some more references
http://knol.google.com/k/dr-nancy-malik-bhms/scientific-research-in-homeopathy/pocy7w49ru14/2#

Cuba has made homeopathy part of the mainstream health system and is being used with good results in epidemic diseases.  See the work of Cuban homoepath Dr Gustavo Bracho.
http://www.naturalnews.tv/v.asp?v=61C0884F69B56C3C70D20A52E526B6B2.

Jeremy Sherr's Blog from Africa about his AIDS Project
This is a homoeopathic diary by Jeremy Sherr. He is in Tanzania consulting a local homoeopath, Sigsbert Rwegasira. He is trying to set up homoeopathic help for AIDS sufferers.